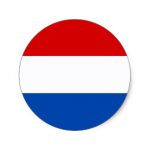 Today was another great day at Bromley korfball. We were delighted to have had the Dutch under 17 national team in the borough. We were again rewarded by being given the chance to set the itinerary for this very talented group.

We decided to take them to Hayes primary school one of our longest standing link schools. The Dutch team and coaches ran a fantastic session with the youngsters from the schools korfball club. The children and teachers enjoyed session and the kids were buzzing throughout.

Later in the evening the Dutch team visited a specially arranged training session at Langley boys were our under 11 and 13s and senior teams were treated to an amazing trainibg session as well as some awesome demonstration games.

It was very rewarding to watch nearly 30 young people being treated the most amazing training session. We were so proud to see the young people taking part so enthusiastically.

Lastly our youthful senior teams were again treated to a fantastic session that focused on movement and shooting. A number of games were played and the final one was between the Dutch first and a team of Bromley players selected by our guests. It was great to see our team compete with these elite athletes.

Tonight was what we are about as a club, giving our youngsters the best possible experiences and inspiring them to be the very best sports men and women they can be.