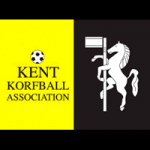 The indoor season came to an end today culminating in 3 cup finals for Bromley KC.

Our u9s did the double winning the league and Kent cup. They are a great bunch of kids and deserved that success with consistently good performances all season. We also finished second to tornadoes on the league so tool a little silverware home today.

Our u13s locked horns with Tornadoes in a worthy final. Both teams gave 100% and showed great talent. Despite going 3 goals behind we pulled it back to 1 before Tornadoes showed their great quality and took the cup with a fine display. What was great though was the spirit that both teams played the final in. Some great sportsmanship on display.

Our u11s had the toughest of days again taking on Tornadoes. Despite keeping it tight in the beginning Tornadoes found another gear and we couldn’t contain them. Superb attitude by both teams and real character with Bromley having to dig in. Tornadoes showed humility as champions and were graceful in defeat.