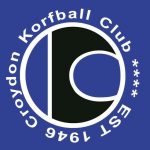 Our seniors had a reasonable day with some good wins and a number of games we shouldn’t have lost. Final placing mid table.

We had two u9s and an u11 team also in action. The u9s were amazing with the orange team taking top place after some amazing games. Bromley’s other team competed really well again with some great games.

Our u11s played against 6 London teams and were undefeated all day, the only blip a draw against harrow. To win the tournament we had to beat Bec. We got off to the best of starts and never looked back the final result was an emphatic 11-0 win with Kushala scoring an impressive 5 in that game. So despite the searing heat we had a fantastic day. Big thanks to Debbie and Sarah who managed the teams. Hannah for organising the seniors, to mark, Georgia, Katie and Daniel for assisting with our refereeing commitments, the parents for bringing the kids along and giving their time and support and to the teams for your effort and of course the coaches.