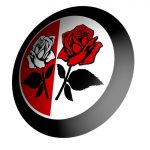 What a great day of korfball at the prestigious Nomads korfball tournament in Cheam today.

Bromley had three u9 teams and our link school Hayes had two teams also involved.

Our u9s were outstanding and finished 1st, 2nd and 3rd with Hayes coming 2nd.

Our u14 team took on Kent champions tornadoes, as well as Bearsted and team Trojans and Harrow Vulturex

Each team would play the others twice and the team with the highest points wins!

So first up in the morning pool tornadoes who were clinically dispatched followed by Bearsted, Trojans and Harrow.

After lunch all we had to do was beat everyone again and we did although our final game of the day againstHarrow was closer than I’d have liked with just one goal in it.

Well done all and thanks to the kids, parents managers and coaches.